Google blocked the install feature from its browser to make fraudulent extensions less popular. Now only available in the Chrome Web Store.

If you want to upgrade Google’s Chrome browser with extensions, you can no longer obtain them from third-party sites in the future, but only directly from the Chrome Web Store. In a recent Chromium blog entry from Tuesday, the company justifies its move with complaints from many users about browser impairments caused by unwanted extensions. 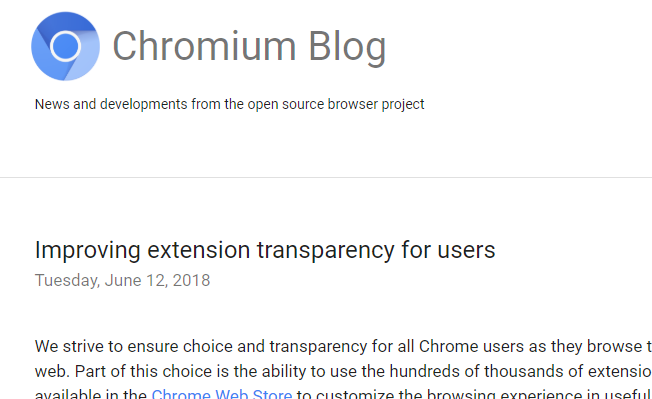 In most cases these were “confused or fraudulent” via so-called inline installations on the computers.

The inline mechanism has allowed websites to reload extensions from the Web Store and allow their visitors to install “on the spot”.

As a result, while they enjoyed the advantage of not having to navigate to the store on their own, they were also more exposed to the risk of falling for fraud tactics and catching malicious code.

You like this new move? Tell us down below.

Internet Explorer will be removed from Windows 10 in June 2022

Microsoft Edge is the third most used desktop browser now